Pirkanmaa Bowhunting Club (PJM) is one of the biggest and oldest Finnish bowhunting clubs, established in 1993. Clubs hometown is Tampere and operational area is Pirkanmaa and surrounding region. Currently club has 150 active members.

There are several archery target practice ranges in Tampere area. FITA outdoor range is located in Kauppi, indoor range in Osmonkallio, Tampere downtown area. Mainly PJM members practice on field archery range in Sasi. Sasi range is located on area rented from City of Tampere and built in the woods to simulate actual hunting situations. Sasi practice range has regular targets, 3D -targets and moving targets. The range is open for club members all year around but there is less maintenance during winter.

PJM arranges several bowhunting and archery competitions per year, typically outside hunting season. Some competitions are for club members only, some are open for external bowhunters and archers as well. PJM presents and demonstrates bowhunting on demand in events such as outdoor and hunting fairs, sport events and company recreation events. Co - operation with local and national media is also important for spreading knowledge about bowhunting. Training and bow tuning sessions for club members are arranged each year. Bowhunting in Finland and Local Legislation as of 1.8.2017

In Finland there are roughly 300 000 hunters and according to surveys, the approximate number of bowhunters is somewhere between 16 000 and 19 000. This is an estimation since not all bowhunters belong to local clubs or national associations and therefore are not registered. This estimated number includes hunters using both bow and firearm for hunting and those who only use bow for hunting.
Buying and selling hunting bows and related equipment does not require any permit or license from local authorities. On the other hand, getting permits for buying hunting firearms in Finland is very strictly regulated. Importing hunting bows and related equipment to Finland for hunting trips is also relatively easy.
Finland is divided into 17 gamekeeping districts, responsible for district level hunting supervision and management and inside these districts there are 295 gamekeeping associations responsible for local hunting operational activities, management and monitoring. Inside the districts, Finland has several hundreds local hunting clubsand out of these the number of local bowhunting clubs is approximately 30-40 (meaning clubs concentrating only on bowhunting). In addition, some “regular” hunting clubs have bowhunting divisions and some bigger target archery clubs, especially in Southern Finland, have bowhunting divisions.
As of 1.8.2017, according to the new hunting legislation, it is legal to hunt big game with a bow and arrow in Finland (the biggest game animals being White Tail Deer, Mouflon and Wild Boar). Prior to this new hunting law, European roe deer was the biggest game animal legal for bowhunting.
The hunting legislation and requirements are the same for compound bow and traditional bow; from legal a perspective they are treated exactly the same way. The same bowhunting legislation applies for the whole country, with the exception in hunting regulations on Ahvenanmaa, an island off the south coast of Finland (Ahvenanmaa island is a semi-self-determination area of Finland and there is slightly different legislation for many things, including hunting regulations). However, there are some variations in the game specific hunting seasons length depending on the geographical area of Finland. Also, based on annual game population calculations, some game animals may be protected during some seasons or the quota of hunting permits granted for specific game may vary depending on the strength of the game population.

Foreign bowhunters can hunt in Finland, but they need a valid Finnish hunting license. For big game hunting (any Deer type, Wild Boar, Mouflon) also a valid bow shooting test certificate is mandatory.
For a foreign bowhunter, basic legal requirements and instructions are as follows:

If you want to learn more about club services and bowhunting, you can find on- line information inquiry here.

If you want to apply for club membership, fill up the on- line membership application here. 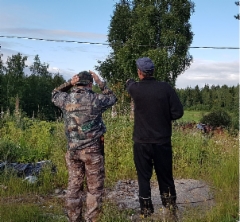 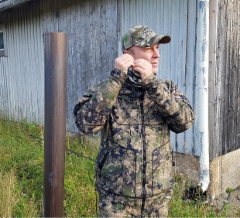 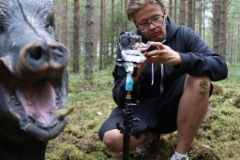 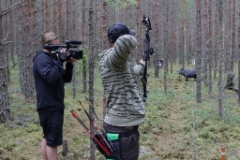 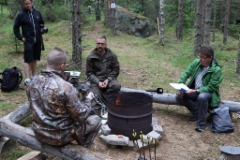